Another batch of repairs on Blackmagic Design video equipment. this time 6 converters. How many can be repaired?

Similar to other faults I have dealt with on BMD gear these also had faulty SDI IO. First thing to do was test each of the converters with aknown good video source.

Opening one of the converters up it was quite clear that the two “sides” of the SDI IO are handled by two different ICs: 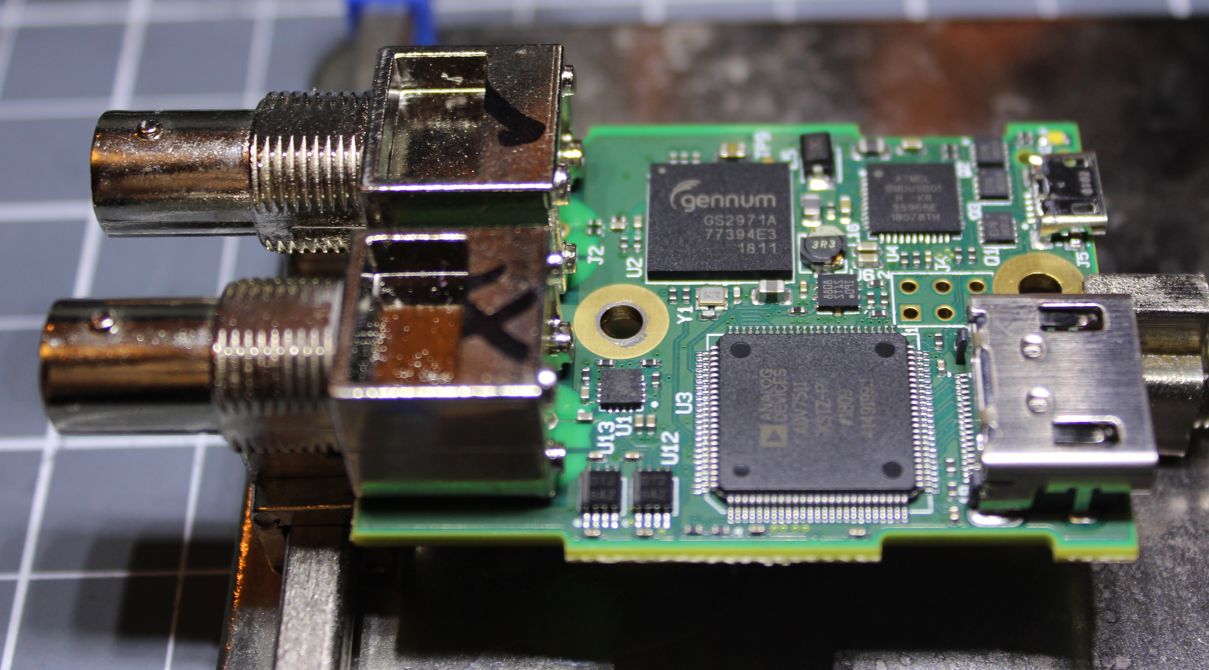 As I had few of these converters with differing faults I started taking note of resistance and voltage measurements at various places on the board.

It became clear that the 4 converters that weren’t detecting the SDI input had a failed Gennum IC. Probing after the coupling capacitor on the input side showed a direct short to ground, probably through the GS2971A. 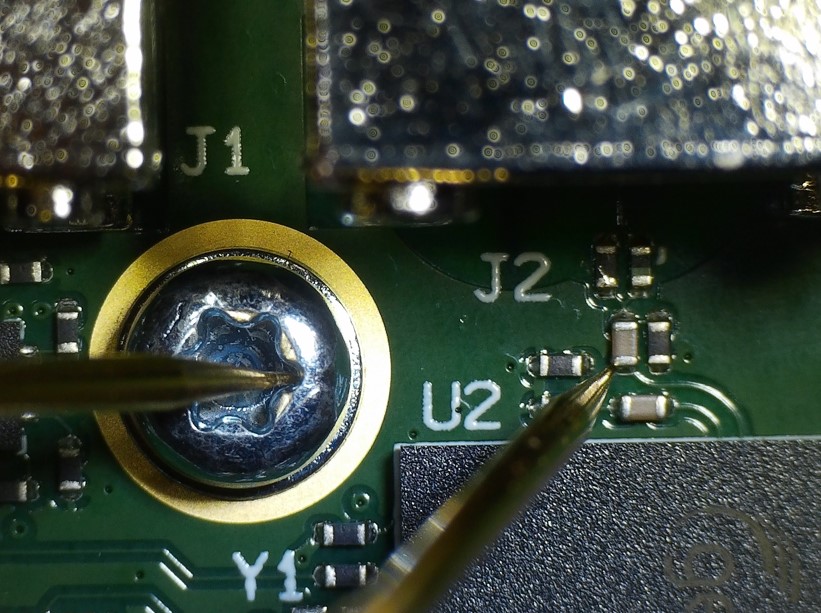 Unfortunately this part is (At the time of posting) about £49 Exc. VAT in low quantity. It simply isn’t worth repairing them when the converter itself can be purchased new for around the same price.

To verify the short was through the Gennum IC I removed one from a board and the short disappeared, I was also able to find it on the IC by probing the BGA contact pads directly.

Taking measurements of the remaining SDI cable driver IC on these 4 converters I was able to put 2 aside that may have working outputs. Donor boards for a future repair, possibly!

For the remaining 2 converters with a faulty loop output I was able to measure a direct short to ground on the output pins of the Macom cable driver. But also see signal entering the cable driver’s inputs on the oscilloscope. 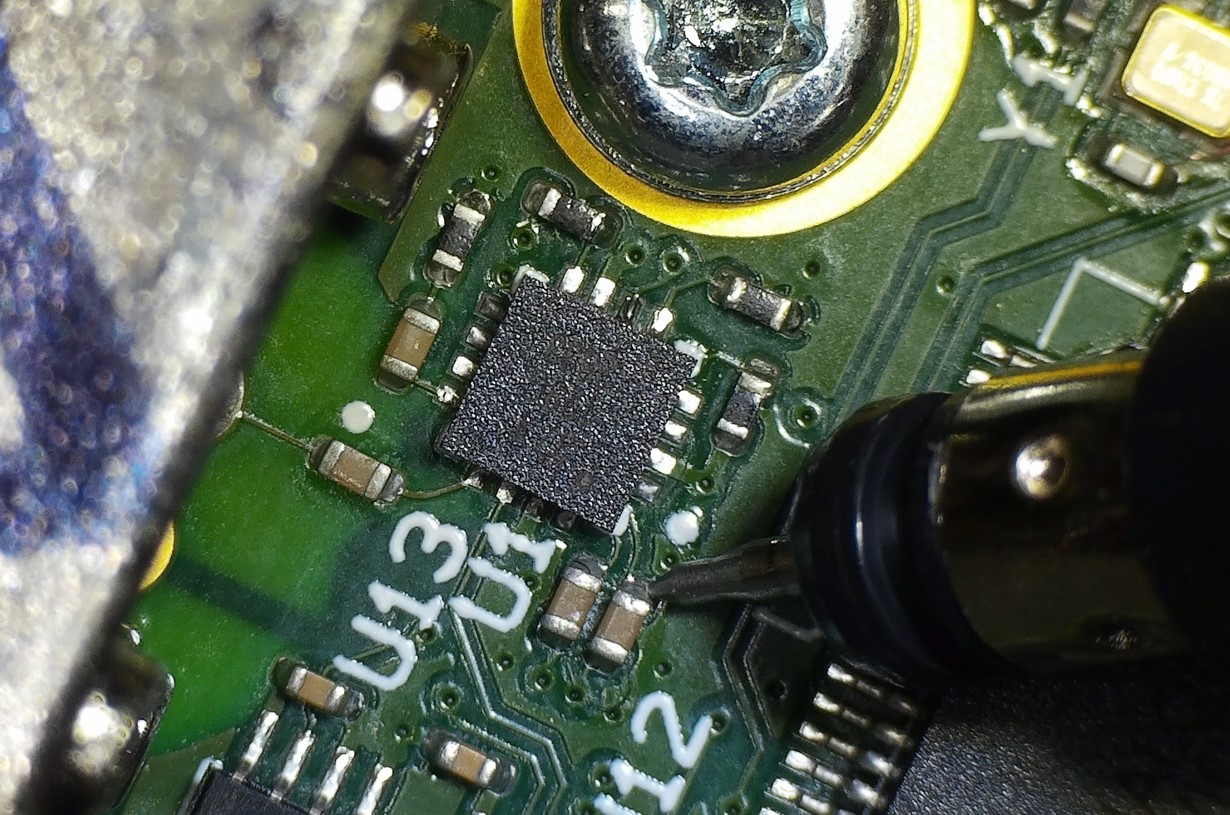 Having the part in stock, repair of these remaining converters was the same process as detailed in my repair of the Blackmagic ATEM Television Studio HD. 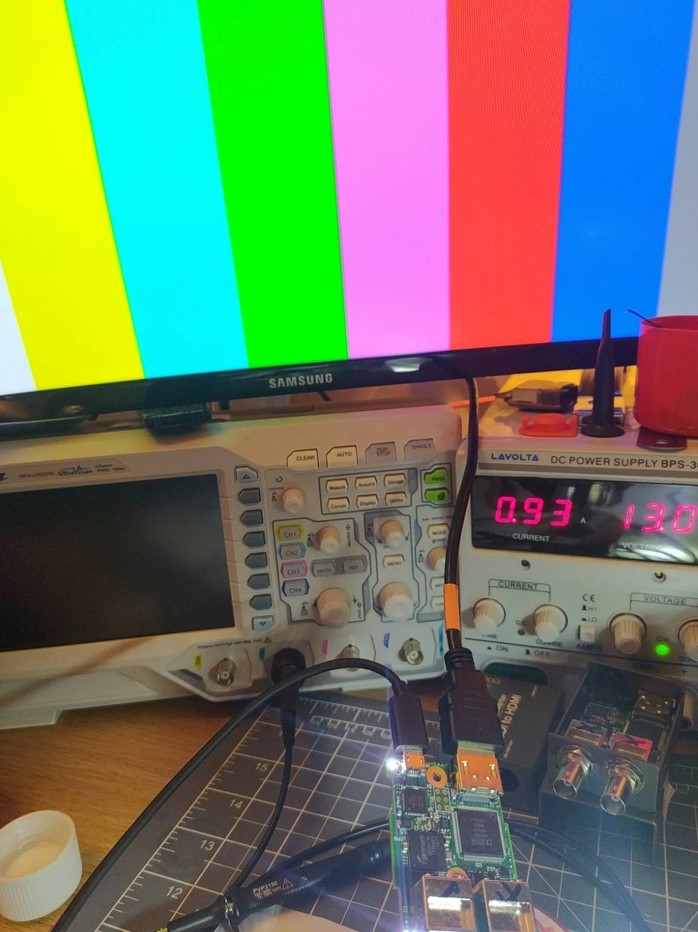 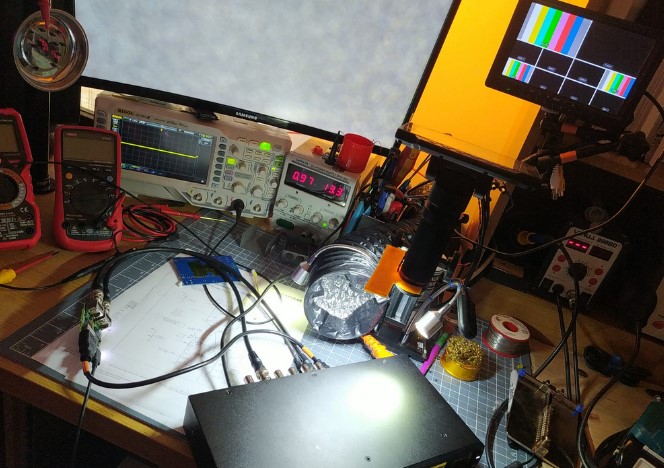 Testing SDI Loop with ATEM TVS HD
The contents of this website are in no way designed to serve as a guide, any attempts to replicate these crazy projects and repairs is entirely at your own risk.