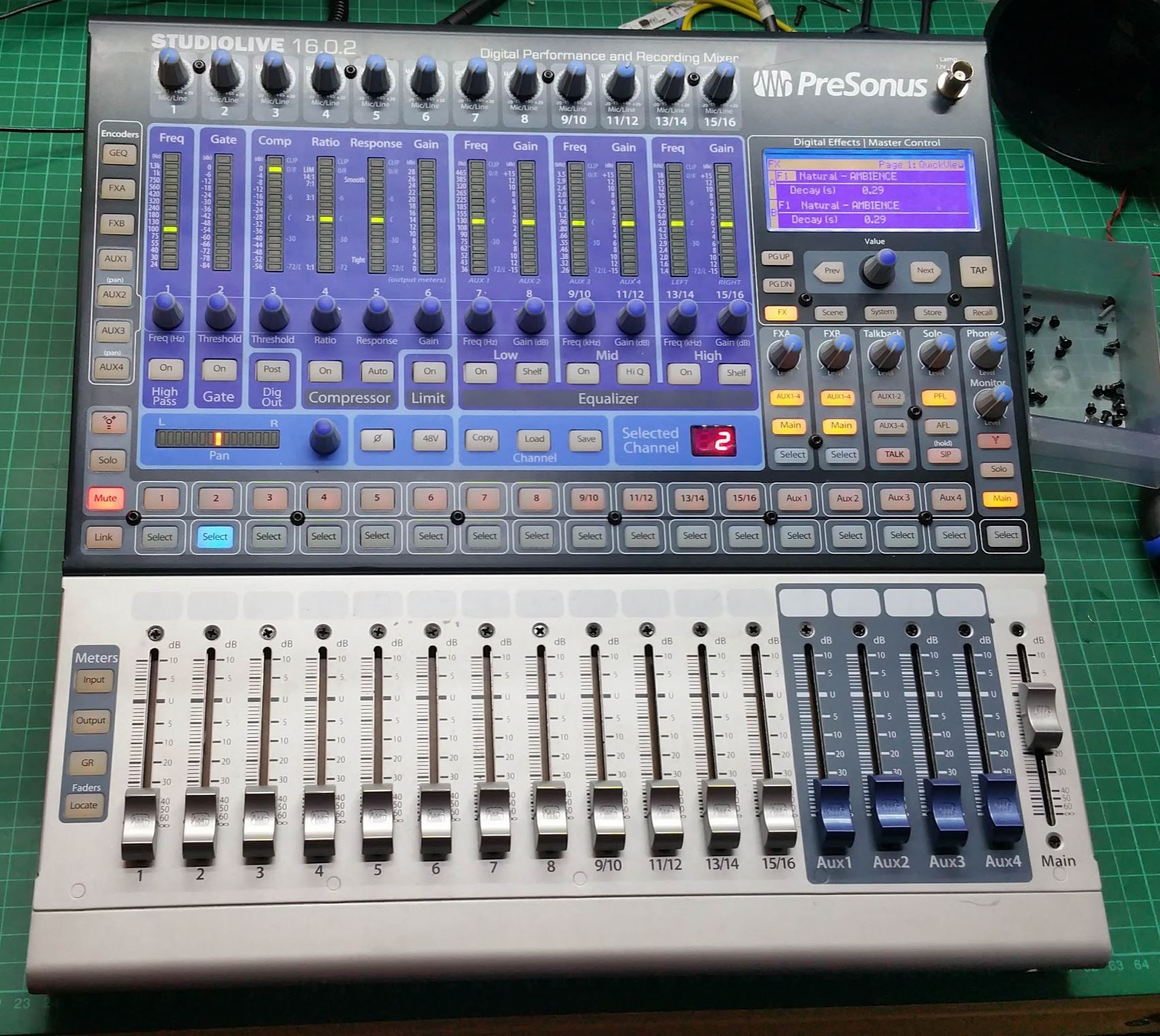 Channel 1-12 had stopped working on this Presonus StudioLive 16.0.2. The first thing I will do after verifying the issue on a repair like this is to check all related voltage rails to determine if anything has failed entirely or gone out of specification.

As the main mixing engine and control surface were still functioning correctly this pushed the fault further upstream to the input circuitry: Preamps and ADCs.

Looking at the input PCB which contains the ADCs for all of the channels there are 4 main ADCs each handling 4 channels each and two 5V Linear voltage regulators. The first 3 ADCs share a single 5V regulator and the final ADC has its own. (This may also be powering other parts of the circuit but that’s not important)

Measuring the two regulators it was immediately obvious that one of the regulators had failed and this was resulting in no power going to the first 3 ADCs (12 channels!). 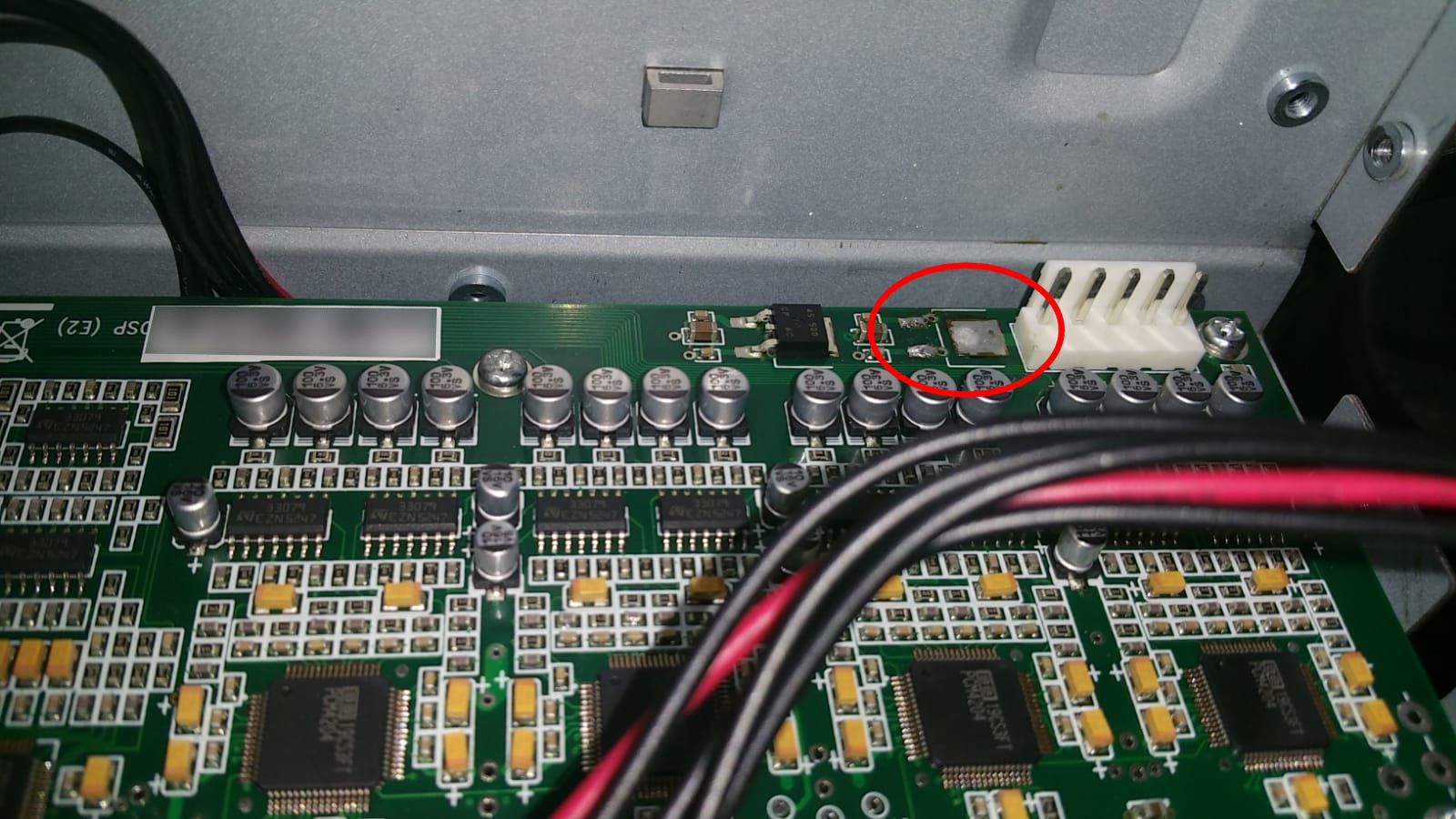 These two voltage regulators are just next to the power connector and it is the closest one to the connector that handles the first 3 ADCs.

To verify the fault I soldered some test leads to the VOut pad and supplied the mixer with 5V from an external source. This resulted in all channels becoming operational again.

To complete the repair a pin-compatible regulator from ST was taken from my parts stock.

The contents of this website are in no way designed to serve as a guide, any attempts to replicate these crazy projects and repairs is entirely at your own risk.